This NAIDOC Week we are collectively reflecting on and learning about the survival, history, living culture and achievements of Aboriginal and Torres Strait Islander peoples. This week our teams have been invited to reflect on our connections to the Aboriginal lands on which we work, and on the excellence in evaluation practice being showcased by Aboriginal and Torres Strait Islander people. This blog is from our NSW team members in Sydney, on Gadigal lands, and the Hawkesbury, land of the Darug people.

Always Was, Always Will Be

I get the bus over the Anzac Bridge to work. In my hazy, heavy-eyed state, I gaze over Barangaroo and Pirrama (Pyrmont) and wonder what it was like before all the cement, metal and glass, before all the traffic and rubbish.

I am a white Australian, of English and Irish descent, and a biology major. I often spend part of my commute imagining Cadi’s* (Sydney’s) biomes pre-white man. As soothing, pensive techno plays through my headphones (I’m not a morning person), I overlay the synthetic, grey present of the early morning harbourside with the natal, green past. 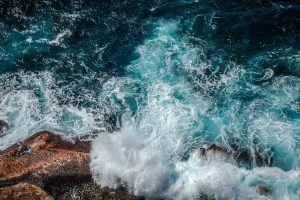 I see the windswept coastal heaths abounding in gadi (grass trees), sun-blasted and salt-sprayed atop rugged sandstone slopes. I feel the cool forested valley floors, dripping with ferns and trickling with moss, meandering into essential freshwater pools. And I smell the wave-worn rockpools and the secret sandy coves fringed with mangroves that once brimmed with life so abundant and diverse I doubt we city-folk could fathom it.

I wonder what life was like for those inconspicuous, non-human ancestors—for the fig wasp that pollinated the damun (Port Jackson fig) and the ngununy (flying fox) that roosted within their gnarled branches; for the gulbi (white-bellied sea eagle), diving for maugra (fish) to bring back to their cliffside ngurras (nests); and for the sun-bathing bidjawong (eastern water dragon), lazily keeping an eye out for mung (ants). Australia always did and always will belong to the indigenous plants and animals—species that persist even in modern day Sydney.

My mind wanders over the ancestral sea cliffs and through the ancient fig trees to the stories and lives of the Gadigal people, who walked and continue to walk the same streets as I do—streets that follow the tracks the Gadigal people formed over thousands of years, now buried under asphalt.

Aboriginal and Torres Strait Islander people are the oldest and most enduring known civilisation on Earth, with ancestries reaching back roughly 75,000 years. When I think back on the lives of the Gadigal people before invasion, I imagine the insights that were cultivated by the generations of observers and scientists who nurtured Australia’s biodiversity and honed advanced sustainable environmental management practices, resulting in the best fire management systems around. This intricate knowledge of Australia’s natural systems always was and always will be Aboriginal knowledge; knowledge that is still held and developed by Aboriginal people to this day. Current conservation efforts that recognise, embrace and elevate First Nations generational knowledge and caring responsibilities benefit massively—and the benefits are reciprocal.

Australia has the second-largest number of endemic species (plants and animals found nowhere else in the world), yet we are in the midst of an extinction crisis, holding the dubious honour of the highest mammalian extinction rate on Earth.

When I look out the bus window on my way to work, I picture reconciliation not only with Aboriginal Australia, but also with floral and faunal Australia, ensuring that present-day Aboriginal knowledge-holders are respected and centred in conservation and environmental management efforts.

Australia always belonged and always will belong to all Aboriginal and Torres Strait Islander people and the endemic biodiversity it sustains; just as Cadi always was and always will be the land of the Gadigal people, the gadi, the gulbi and the damun.

*Cadi is the Gadigal word we believe was used to refer to the Sydney CBD area, however this knowledge, as this SMH article points out, comes from the notebooks of early European colonisers and not from living speakers: decimation of language being one of the many methods of colonial control. 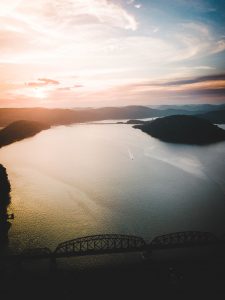 I live and work on Darug lands, what European colonisers called the Hawkesbury, nestled between the Dyarubbin (the Hawkesbury River) and Colomatta (those Blue Mountains).

I am the descendant of British colonisers and Scandinavian whalers from Aotearoa (New Zealand) and of the Moriori iwi of the Maori people, from Rēkohu (the Chatham Islands).

I moved here to Darug lands and found a home, and with it an intense and visceral connection to the landscape, the water, the trees, the mountains, the ever changing clouds, the birds who have so much to say and the creatures who bound, scuttle, slither and sneak their way into my heart.

In the summer I swim in the Colo river, tidal and crystal clear, and in the winter I crunch over the frozen grass to let my chickens out into the crisp sunshine.

Living here, I know I am a visitor: the land I live on has always been and always will be Darug land.

So, I tread lightly here, learning as I go about the Aboriginal history of this place I have chosen as my home. I’ll raise my son here, teaching him about his colonial inheritance, his privilege and the names of the animals and birds, and of the rivers, nooks and crannies of these Darug lands.